Budget plans on track according to residents

Cotswold residents have given their backing to a proposed increase in council tax.

A public consultation covering the Council’s budget saw the majority in favour of a £5 rise in council tax for a property in Band D in 2020/21.

58 per cent of the 288 respondents said they felt the District’s council tax level should rise by £5 with 26 per cent saying it should stay the same.

The majority of respondents ranked addressing climate change as the most important to them with over 40 per cent ranking this as their number one priority. Improving the waste service and developing an updated local plan ranked second and third.

Looking to the future, the majority of residents want to see the Council identify innovative ways to generate additional income while working with service partners such as Ubico and Publica to deliver efficiency savings.

Cllr Mike Evemy, Deputy Leader and Cabinet Member for Finance, said: “Thank you to everyone who took the time to give us their views on our budget proposals. We had nine times more responses to this consultation than the one run last year.

“The proposed budget provides clear plans to invest in key services, tackle the climate crisis, protect our most vulnerable whilst building the financial resilience of the Council and it’s pleasing to see residents responding positively to these plans. We’ll be discussing the responses at our forthcoming meetings and considering whether to make any changes to our 2020/21 budget as a consequence.”

The budget will be considered for recommendation by the Council’s Cabinet on 10 February before going before full Council on 26 February for final approval.

To learn more about the Council’s budget plans, please read the latest report that will be reviewed by Cabinet on Monday 10 February. 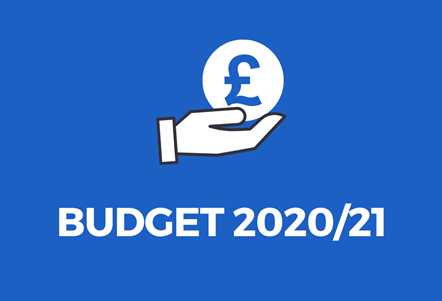