Cotswold District Council puts its support behind the Armed Forces

Cotswold District Council has committed to continued support for the Armed Forces community in the district ahead of Armed Forces Day.

Councillor Jenny Forde, Armed Forces Champion for Cotswold District Council, said: “It’s extremely important to us that we support members of the Armed Forces in the Cotswolds and Armed Forces Day is a great opportunity to highlight the military community.

“The Cotswolds has a long standing relationship with the Forces and we still have active bases in our district along with many living here who have served our country.

“We are proud of the men and women who serve our country and earlier this year we re-signed the Armed Forces Covenant to underline our commitment to members of the Armed Forces and their families across the District.

“It’s important that we continue to work with veterans and that we place on record our appreciation and gratitude to those organisations which work tirelessly with our local veterans and their families.”

The Armed Forces Covenant brings together many other organisations, such as town and parish councils and newly reformed health and social care partners, reinforcing the intention to help all those who have served our country.

The original covenant was signed over 10 years ago and in 2021 the Government passed it into law for the first time. Cotswold District Council re-signed the Covenant earlier this year at an event in Fairford, 10 years after it was originally signed.

The agreement makes it easier for service personnel, families and veterans to access the help and support available from the Ministry of Defence. The scheme is intended to be a two-way arrangement, encouraging local Armed Forces members to do as much as they can to support their community and promote activity which integrates the service community into civilian life.

Cotswold District Council provides additional support for both serving personnel and veterans as part of its commitment to the covenant including reducing fees on empty properties and second homes and additional support to those facing homelessness.

Councillor Stephen Andrews, who is a Veteran and proposed the motion through Council earlier in the year to recommit the councils support to the covenant, said, “For the District Council and those organisations that it works with within Gloucestershire, the Armed Forces Covenant presents an opportunity for us all to continue sharing our knowledge and experience of how Local Government is structured and how it works.

“It also represents an opportunity to work with Service Charities on aspects relating to the welfare of Service Families and Veterans resident in Cotswold District.” 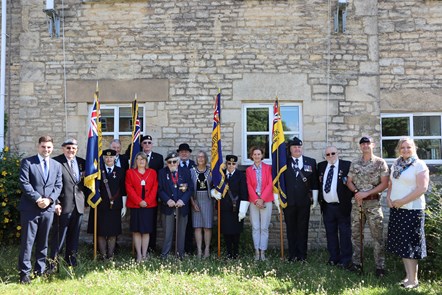 Cllrs, serving troops and veterans stood outside the Council offices. 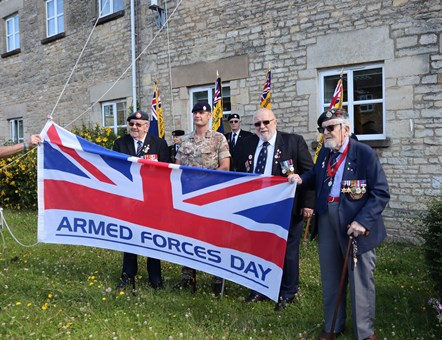 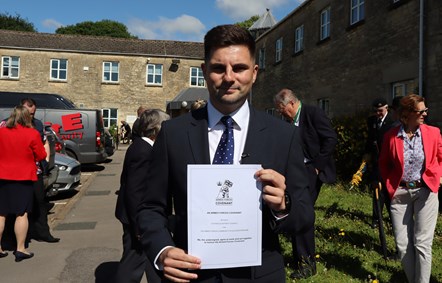 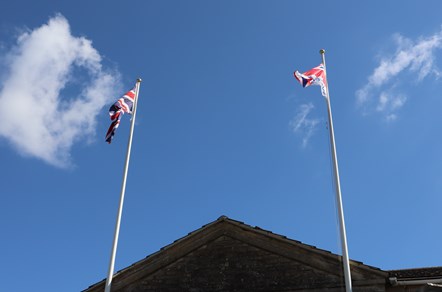