Cotswold District Council, having owned The Cotswold Club on Watermoor Road in Cirencester since 1978, has sold the property to Watermoor Point, to invest the income into more carbon zero affordable housing for its residents.

The Council owned The Cotswold Club building for nearly 45 years and during that time it’s been entrusted to several different organisations and partners to run. The club, which was closed due to the pandemic for the first time in over 20 years, was handed back to the Council in September 2020 pending new uses.

Cllr Mike Evemy, Deputy Leader and Cabinet Member for Finance at the District Council: “After careful consideration, we decided to sell the Cotswold Club as it presented a great opportunity to raise funds to invest into carbon zero affordable homes for our residents.

“Due to the condition, design and layout of the property, converting the building for any other purpose was not cost effective for the Council. On behalf of Cotswold District Council I’d like to thank the Trustees who have looked after the property during our ownership.”

The Cotswold Club, a former pub and Grade II listed building was originally purchased by Cotswold District Council to be used as a social club for its employees and later opened its membership to everyone after leasing it to Trustees.

The property has been sold for £375,000, which will result in a capital receipt  of £369,400 (after agent’s fees) for the Council to invest into zero carbon affordable housing projects across the District.

The Cotswold Club has been sold to the adjacent Watermoor Point development in Cirencester.

Ian Woodward-Court, the Managing Director of Watermoor Point, said: “We’re delighted to have secured The Cotswold Club. It’ll be an important addition to Watermoor Point and will form an integral part of our vision to create a key employment destination for the community of Cirencester and the Cotswolds.”

With serviced offices, warehouse space and event spaces, the creative redevelopment is becoming home to an increasing number of businesses. The site also has several charging points for electric vehicles, adding to the growing coverage of EVCPs around the Cotswolds. It also houses 24 postgraduate RAU students at Riverside House, directly opposite The Cotswold Club.

Cllr Tony Dale, Cabinet Member for the Economy and Council Transformation, said: “Watermoor Point is an impressive, multi functional development and is located just outside the centre of Cirencester with easy access to Gloucester, Cheltenham, Stroud and Swindon. It’s a great asset to Cirencester and we’re delighted that the sale of the Cotswold Club will further enhance the site.” 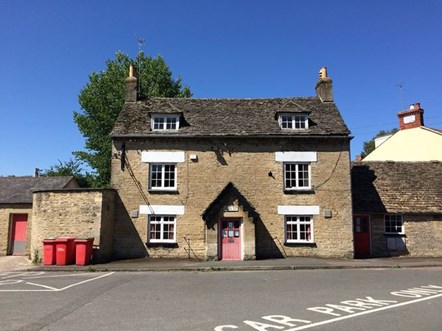