The Corinium Museum has been awarded Best Small Business, Best Team and Runner-Up for Environmental Project of the Year in the Cirencester Chamber of Commerce Community and Business Awards.

The museum was recognised as being Best Small Business due to the great number of initiatives introduced across the museum service and for being very active in the local community. Visitor numbers are increasing and the introduction of online retail is assisting in making the museum a viable business. The award was sponsored by Sewell Mullings Logie solicitors who also support the museum’s Royal Opera House and National Theatre Live Screenings.

Museum Director, Dr Katharine Walker said, “We are delighted to have won two awards and been short-listed for a third. Cirencester is a fantastic place to live, work and visit and the museum is now firmly on the map as a top tourist attraction in the town.”

The museum’s Front of House Team won Team of the Year sponsored by Rangeford Villages. The team deserve recognition for the exceptional customer service they deliver throughout the year and for the hard work they contribute behind the scenes. With positive testimonials in person and on TripAdvisor, the team are thrilled to have been chosen as this year’s Best Team.

The museum was awarded Runner-Up in the Environmental Project of the Year category judged by Cirencester Town Council’s Climate Change Advisory Group and sponsored by the Bathurst Estate.

In response to the Climate Emergency affecting the world, the Corinium Museum has been working hard behind the scenes to reduce its carbon footprint and help the environment. The museum has had huge support from Cotswold District Council, Everyone Active and the National Lottery Heritage Fund to help bring carbon emissions down to a level that now sees the building rated B for energy usage.

Cotswold District Council's Cabinet Member for Economy and Transformation, Cllr Tony Dale, who was present at the ceremony, said: "We’re absolutely thrilled that the Corinium Museum had such a night of success at the Business and Community Awards, and well deserved too. Being recognised as the Best Small Business and Best Team is a testament to the strong ethos of inclusivity and community spirit cultivated at the Corinium.

"As a Council, we have worked with the Corinium Museum to reduce its carbon footprint and being a runner-up on the Environmental Project of the Year highlights the efficacy of collaborative working when it comes to the critical issue of climate change.

"The Museum adds incredible value to the rich cultural scene of Cirencester and we’re grateful to have such an asset in the heart of the Cotswolds."

The Corinium Museum achieving Runner-up in Environmental Project of the Year is testimony to the efforts all businesses can make to help address environmental issues.

About Cirencester Chamber of Commerce

Each year the Chamber runs an annual awards ceremony celebrating the best in community and business in Cirencester.

Cirencester Town Council has an honoured position in serving the people of Cirencester; a population of approximately 20,000. The Council is proactive in providing local services and encourages participatory involvement from the community. The Town Council holds the Quality Gold standard accreditation. Cirencester Town Council launched its Corporate Strategy and Action Plan for 2021-23, outlining its commitment and project priorities. Focusing on building a connected and inclusive community which enables and delivers social, environmental and economic well-being; it is a foundation and framework, ensuring that as an organisation we are fit for purpose in the future.

About the Corinium Museum

The Corinium Museum is an award-winning museum at the heart of Cirencester, the ‘Capital of the Cotswolds’. The principal collection consists of highly significant finds from the Roman town of Corinium. However, the museum today is much more than that, taking you on a journey through time and charting the development of the Cotswolds from its prehistoric landscape to the modern day. 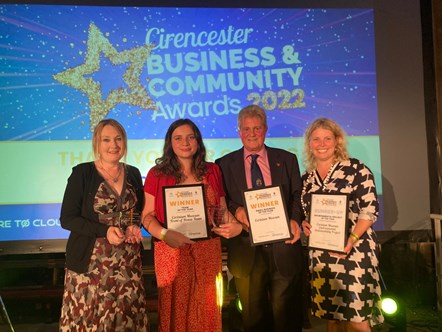 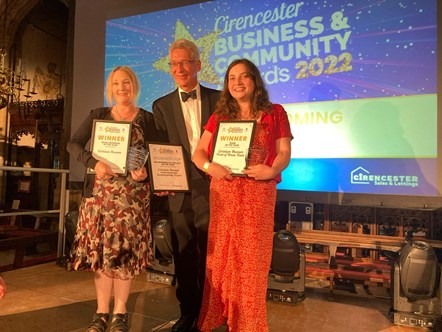