A root and branch review of Cotswold District Council has resulted in a range of actions which have already led to improvements in its performance, efficiency and customer service.

The Corporate Peer Challenge involves a team of local government experts spending three days analysing the Council’s functions and its ability to deliver on its plans, proposals and ambitions.

The Council invited the Local Government Association (LGA) to conduct the review which took place last November and a report was produced by the Peer Challenge team focusing on its strengths and areas where there is room for improvement.

A range of recommendations was made and as a consequence, the Council has since been working towards making improvements across a range of areas.

These include the development of a corporate plan together with a revised budget and medium-term financial strategy which have now been completed.

Responding to a recommendation to strengthen its leadership, the Council is also set to announce a new Chief Executive, Robert Weaver, has appointed its own dedicated Chief Finance Officer and a new Monitoring Officer has also recently been employed.

Improvements have also been made to customer services with the introduction of a new digital platform integrated into an upgraded website while further resources are set to be committed to improve digital services.

A Leadership Development Programme is set to be introduced in October with opportunities for all staff to benefit from the programme. A three-year plan to achieve the Investors in People standard will also be put in place.

The LGA team also recommended a communications health check be carried out to improve communications and branding. This was completed earlier this year and a range of improvements have been made with a new Head of Communications set to be appointed in the coming weeks.

The feedback report on the Corporate Peer Challenge was presented at a meeting of the full Council on 23 September.

Cllr Joe Harris, Leader of Cotswold District Council, said: “On becoming the Leader of the Council I initiated a peer challenge to help guide my administration on areas where the Council is performing well and where improvement was needed.

“The Peer Challenge highlighted the need for much stronger leadership across the Council, better customer service and greater efficiency, all of which are now being addressed.

“We are already starting to see results despite the considerable challenges of Covid-19 and I’m looking forward to further improvements we’ve got planned being introduced in the near future which will benefit both residents and staff.” 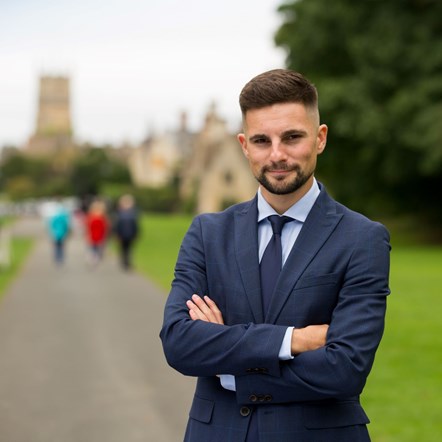